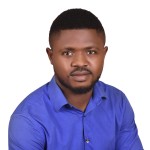 The richest Nollywood actor is a fun title. Being an actor or an actress in Nollywood is good, to a lot of them, it’s a dream come true for many people but being a rich and successful actor or actress, that is another story all together.

Without wasting much of your time, here is a list of the richest Nollywood actor and what made them rich. If you think it’s just acting? Think again.

A Nigerian actor and politician. Desmond Elliot made first position on the list of the top 10 richest actors in Nigeria in 2021.$6

The Nollywood turned politician has featured in over 200 Nollywood Movies; he also won the best supporting actor in a drama at the 2nd Africa Magic Viewer’s Choice Awards.

Desmond Elliot is also a member of the Lagos state house of assembly, which he assumed since 2015 and presently serves as a Lagos state lawmaker, representing Surulere constituency.

Desmond Elliot has a total net worth of six million dollars. (two billion, two hundred and eighty-three million naira) making him the richest Nollywood actor of 2021.

The veteran actor has featured in major mainstream Nollywood movie, the latest being Love is War.

He was one of the Lifetime Achievement Award recipients at the 12th Africa Movie Academy Awards in 2016.

Richard Mofe Damijo has amassed considerable wealth from the Nigerian Movie industry and in politics as he was a Special Adviser of Culture and Tourism to Delta state Governor in 2008 and later Commissioner for Culture and Tourism, a post he held from 2009 to 2015.

Richard Mofe Damijo is married with four children, two from his late wife and the other two from his present marriage to Jumobi Adegbesan.

James Ikechukwu Asomugha, also known as Jim Iyke, is the 3rd richest Nollywood actor in Nigeria, 2021 with a whopping net worth of $5 million.

Jim Iyke, who hails from Anambra, was born on 25th September 1971. He studied at the University of Jos and is said to be the only boy of eight children. A veteran actor that has appeared in over 150 movies in Nollywood.

They featured Jim Iyke as the main cast in Last flight to Abuja – a movie that gained national recognition.

Jim Iyke is one of the highest-paid Nollywood actors in Nigeria and has increased his net worth over time by appearing in high-budget movies.

He also owns a movie production company, Untamed productions, which he started in 2007 alongside a record label Untamed records.

Jim Iyke has a son with his girlfriend, Dana Kinduryte. A law graduate from Lithuania.

Segun Arinze was born in Anambra state to a Yoruba father and an Igbo mother. He started his acting career in Ilorin and has since been part of many movies produced in Nigeria.

Segun Arinze is a formidable actor and the 4th richest actor in Nigeria 2021 with a net worth of 4.8 million dollars.

He is also known as ‘Black arrow’. which he gained from a role he played in the 1996 classic movie “Silent Killer”

Segun Arinze is married to Julia Arinze with kids, though his first marriage was to Anne Njamenze.

Outside acting, Segun also is an actor coach and currently works with prestigious African international film festival passing his knowledge on to the next generation of actors

John Okafor, popularly known as Mr Ibu, is a known comic character in Nollywood. He hails from Enugu and was born on 17th October 1961.

Mr Ibu’s success in the Nigerian movie industry has led him to number five on the list of the top 10 richest actors in Nigeria in 2021 with an estimated net worth of about 4.5 million dollars and with over 200 movies to his credit.

Mr Ibu is married with 3 kids. Since his career, Mr Ibu has received a good number of awards, like.

Mr Ibu has gained wealth from the Nigerian movie industry and has also bagged endorsement deals from notable Nigerian companies like merryBet and GoTv.

The great veteran Nigerian actor Pete Edochie was born in Enugu on the 7th March 1947.

We consider chief Edochie one of Africa’s most talented actors, being honored with an Industry Merit Award by Africa Magic and Lifetime Achievement by Africa Film Academy Although a seasoned administrator and broadcaster

Pete Edochie’s national debut was in the 1980s when he played the Okonkwo for the NTA’s adaptation of ‘Things Fall Apart’.

Pete Edochie has appeared in more than a 100 movies in Nigeria, and he has also gained at least $4.2 million as net worth, making him the 6th richest Nollywood actor in Nigeria in 2021.

Mike is from Uzoakoli in Abia State, Nigeria. He was born on September 21, 1982 in Lagos. He studied Accounting at Nnamdi Azikiwe University.

He worked as a banker prior to becoming an actor. He has featured in several Nollywood Movies. They nominated him for Best Actor in a Leading Role for his performance in the movie “The Assassin” at the Africa Movie Academy Awards in 2009 and a nomination for Best Actor in Africa Magic Viewers Choice Awards.

Mike Ezuruonye was married to Nkechi Nnorom, and they both share a child, Reynold Nkembuchim Ezuruonye.

Mike Ezuruonye is a filmmaker and an actor in Nollywood. He is also an ambassador for DPkay Real Estate Homes and Awards Limited. Mike Ezuruonye signed a multimillion deal with GLO and another with Airtel in 2014. a deal that GLO renewed severally.

Ramsey Nouah was born on 19th December 1970 to an Israeli father and Yoruba Mother from Ondo State. We know Nouah as one of the lover boys in Nollywood and is popular for his roles in different Romantic movies.

He won the Africa Movie Academy Award for Best Actor in a Leading Role in 2010 for his performance in the movie “The Figurine”. He made his directorial debut with the film Living in Bondage: Breaking Free in 2019 and also directed Nollywood classic Rattle Snake: The Ahanna Story, which is a remake of Rattlesnake (1995)

Ramsey Nouah is the 8th richest actor in Nigeria for the top 10 richest actors in Nigeria, for2021 with a net worth of 3.8 million dollars putting him at number 8 on the list of the richest Nollywood actors of 2021.

The film director has taken part in a good number of mainstream and high-grossing movies. His directorial debut living in Bondage: Breaking free, has grossed over 168 million naira in revenue since its premiere.

Nouah is married to Emelia Philips-Nouah. The couple has two sons named Quincy Nouah and Joshua Nouah, and one daughter named Desiree Nouah.

Nkem Owoh, who hails From Amagu village, Udi in Enugu state, was born on 7th February 1958. Nkem Owoh, aka Osuofia, is the 9th richest actor in Nigeria for the year 2021 with a net worth of 3.5 million dollars.

We know Nkem Owoh for his comedy roles in Nollywood Movies. Nkem Owoh was a part movie adaptation of ‘Things Fall Apart’ with Pete Edochie.

Nkem Owoh also played a leading role in other major movies like Osuofia in London, where he earned his nickname. He also won the African Movie Academy Award for Best Actor in a Leading Role in the Nigerian movie ‘Stronger than Pain.’

The Nigerian movie industry has favoured Nkem Owoh; it has also been a lucrative income source for the actor.

Nkem Owoh was part of the famous G8; Actors’ Guild of Nigeria banned some of the highest-paid actors in Nigeria for collecting huge fees because of their ‘A list’ celebrity status.

Nkem Owoh is married to Ngozi Owoh, and they have two daughters.

Kenneth Okonkwo, aka Andy, is a veteran Nigerian actor from Nsukka, Enugu state. Kenneth Okonkwo ranks as the 10th richest actor in Nigeria in 2021 with a net worth of 3 million dollars, putting him at number 10 on the list of the richest Nollywood actors of 2021.

Kenneth Okonkwo has featured in over 200 movies and has gained recognition and wealth. He won the African Movie Academy Award on a Special Recognition of Pillars of Nollywood in 2013.

Kenneth Okonkwo married Ifeoma Okonkwo in 2007; after his first marriage to Ogechi Ezekiel failed, the couple had their first child in 2016.

Kenneth Okonkwo is an Alumnus of the University of Nigeria, Nsukka. He is also a lawyer and a politician.

There you have it, guys. This is my list of top 10 richest Nigerian actors out there.

Biography of the world richest man Jeff Bezos of Amazon.